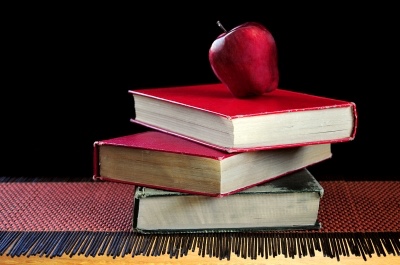 Last week I was back home in Birmingham and my mum was watching family brain games, I carried on watching it when I got back to Canterbury. I’ve really enjoyed it as you saw families working together to try and play different games, and solve various types of puzzle. The families that did particularly well were the ones who communicated well, but also those who asked lots of questions of each other. The families all did lots of different activities at home together as family, outside of school and work life.

“A well educated mind will always have more questions than answers”

I love this quote because it is encouraging us to develop our own knowledge, not just accepting what we are told but trying to find out more by asking questions. We wouldn’t have developed as a society if we didn’t ask questions to work out how we could improve things.

As children we probably asked the question Why? A lot, we seem to lose that sense of discovery as we grow up, but it’s important that we try to keep it going.

We don’t know much of Jesus childhood, but we know that he spent time in the temple asking questions and having discussions with the teachers of the law. As a teacher I encourage questions, and there have been numerous times when I’ve had to say that I don’t know the answer to the question. Jesus never had a go at people who asked him questions, but instead welcomed them as a way to develop their understanding of the faith.

We hear the word education and we think of school, but education comes in all aspects of our lives, and we should try to develop ourselves and not rely on others to give us facts. We have been created with the ability to question and we should do so.

Don’t be afraid to question, it’s an important skill that will aid us in our education and our development. 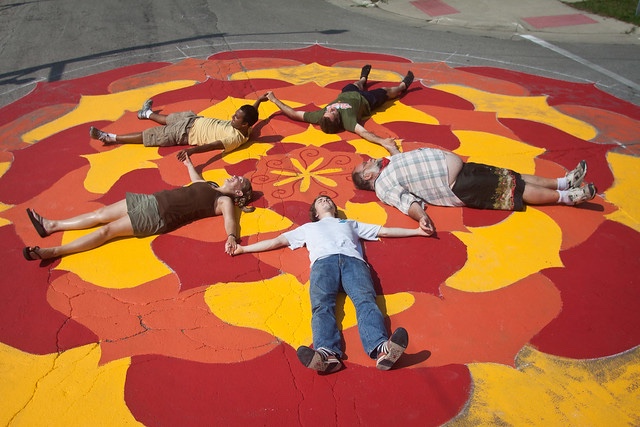 Over the last terms we’ve been looking at equality and respect, we’ve looked at many different aspects with both these themes and I think this week’s theme really brings them together. Nelson Mandela said

“The challenge for each one of you is take these ideals of tolerance and respect for others and put them to practical use in your schools, your communities and throughout your lives”

It is all very well for us to know that people have equal rights, but the challenge really is to put that teaching in to practice, in all aspects of life, but especially in our communities as that is when communities grow.

Recently you may have heard the stories of Wainfleet in Lincolnshire, a village that has been flooded and people have had to leave to their homes. In all of the reports when they spoke to the people affected they spoke of the community pulling together.

In fact that is often when the word community comes up, when there are difficult times, but is that the only time it is important?

I’m going to say NO!

“And let us consider how we may spur one another on toward love and good deeds, not giving up meeting together, as some are in the habit of doing, but encouraging one another—and all the more as you see the Day approaching”

Meeting together, encouraging each other, fantastic examples of the importance of community. Jesus didn’t work on his own but he lived in community with his twelve disciples along with other close companions as well. The Christian idea of God is also a community of The Father, the Son, and the Holy Spirit.

Humans are made to be in relationship with one another, we are good for one another, not just in who groups and chats on social media, but in person. What can you do to develop the relationships in communities that you are part of?

Prayer: father God we thank you that you have made us to be in relationship with one another, thank you for the example of community that you demonstrate. Help us to appreciate the communities that we are part of and develop them to help others. Amen 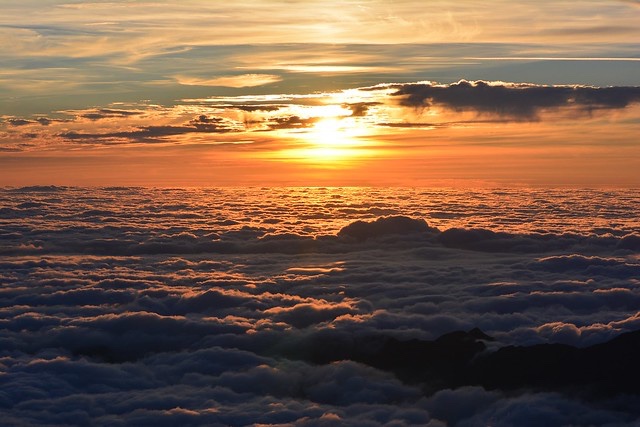 Does it annoy you when you go somewhere and it isn’t clean? If there is rubbish all over the place or horrible marks on walls, floors, ceilings?

I imagine it does with most people, but when it’s somewhere we use everyday we don’t seem to mind as much, but in a way, it is those places we should care more about.

People often also think that with public place especially, that someone else will clean it up, so it’s not our responsibility. But imagine how much more those people who do get paid to clean could do if they didn’t have to pick up litter, or remove marks.

We don’t like it if places are messy but we also don’t seem to be willing to take the responsibility for those places we use.

As we continue on our road of respect we are considering respecting the environment. It would be easy to go down the route of climate change, and that is an important topic, but I want to focus on things a bit closer to home. Our thought for the week comes from Lady Bird Johnson who says

The environment is where we all meet; where all have a mutual interest; it is the one thing all of us share

The environment isn’t just a global thing, each day we are in different environments, whether that is your home, the classroom, school field, toilets, the bus, town centres. We may not own any of these things but we use them. We share these environments with other people. We probably wouldn’t be happy if they were not in a good state when we wanted to use them, so we should try and make sure we leave them in a good state as well. This isn’t just NOT dropping litter, but picking up litter when we see it.

In the same way that Christians believe in the idea of stewardship and caring for the environment, because it has been placed into our care by God, we should think the same when it comes to the environments that are a part of our lives each day 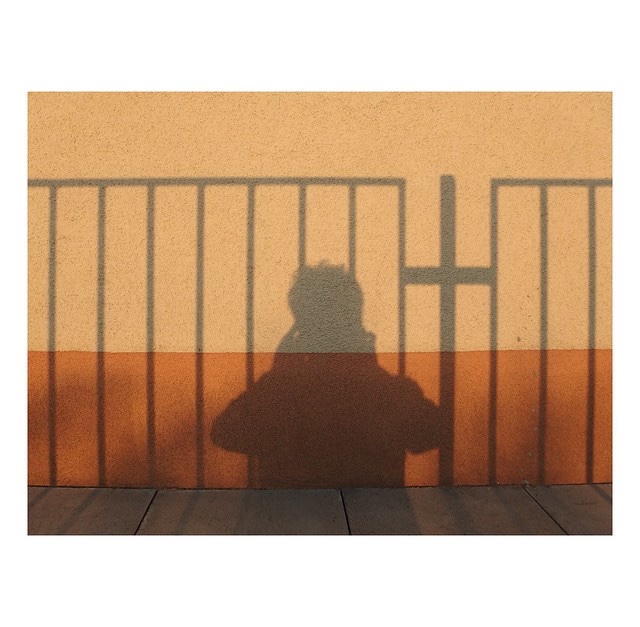 We live at a time when there seems to be a lot of blame. If things don’t go right then we work out who is to blame, and don’t always take the responsibility for ourselves. Similarly we can be very good for looking after other people but not so much when it comes to looking after ourselves.

When we think about respect we often think about respecting others, and expecting respect, but don’t necessarily consider whether we are respecting ourselves. I think there are lots of reasons why this might be but that isn’t what we’re going to focus on, we’re going to try to answer the questions why should we respect ourselves and how should we respect ourselves.

Our thought for the week comes Lao Tzu and says

“When you are content to be simply yourself and don’t compare or compete, everyone will respect you.”

Everyday we are faced with expectations, from society, from friends, from family and then this leads to expectations of ourselves. However, what our thought for the week suggests is that we should be happy with who we are, not comparing or competing. Within Christianity there is the belief that life is a gift from God, that we are all unique individuals, and when God creates he creates that things that are good. Psalm 139:13-14 says

“For you created my inmost being; you knit me together in my mother’s womb.

I praise you because I am fearfully and wonderfully made; your works are wonderful,

I know that full well.”

Because we are each created by God, we should appreciate who we are, and thank God for that. How can we do that? Taking care of ourselves physically and mentally. Recognising our abilities, as they have been given to us by God, and making the most of them. If we show respect for ourselves, we are more likely to respect others and more likely to receive respect as well.

As with so many things, to see a change in the world, we often have to change ourselves.

Challenge: write a list of things that you consider to be strengths and abilities of yours

Prayer: Father God, thank you that you made each of us individually. Help us to recognise that, so that we can be content with who we are and what we can achieve. Amen 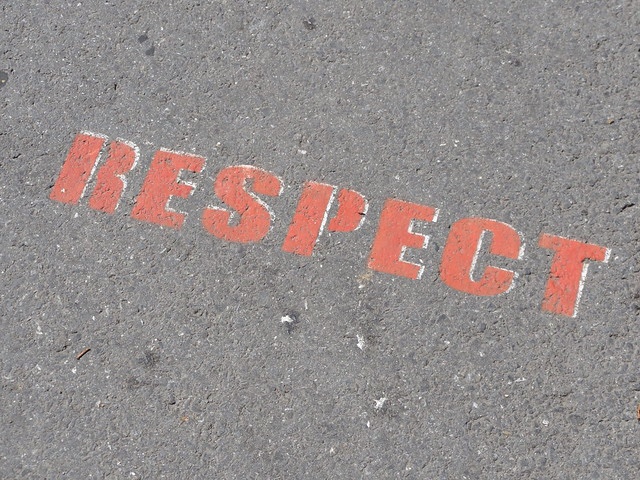 Do you remember that period of time when people would knock their fists together whilst saying “respect”? I never did and still don’t really understand it. I may not have understood it but it was there and the word was said A LOT. However, the more I think about it the more I realise people only seemed to do this when they agreed with something that someone said or did, which gives the wrong sense of what respect is, in my opinion.

Over this final term we will be looking at respect, what respect is and why it is important in different areas of our lives. We are starting off with asking the question – what is respect?

The dictionary definitions are

a feeling of deep admiration for someone or something elicited by their abilities, qualities, or achievements.

due regard for the feelings, wishes, or rights of others.

As these definitions show, respect is appreciating something that has been achieved by someone, something they are able to do, but also recognising others as fellow humans. It is probably the second definition that we use the most and warranted the fist bump. But my question is, do we expect respect and should that be the case? Our thought for the week comes from Hussein Nishah who says

The thought for the week suggests we shouldn’t just expect respect, but that we will see respect given when we too, have shown respect. Maybe people are less respectful, but because they haven’t been shown respect themselves. I think this is probably our biggest challenge, to demonstrate respect to all, which will then result in respect for all, but someone needs to start it off.

Again showing we shouldn’t wait to be respected or honoured, we should respect and honour others first.

Challenge: Is there an area of your life where you see a lack of respect? How can you start the respect ball rolling?

Prayer: father God thank you that you love each and everyone of us unconditionally. Help us to see everyone else through your eyes and love others, even if that isn’t being shown to us. Amen